Leonardo De’ Caprio has been spotted wearing a buddhist one, Tamara Ecclestone had a diamond one stolen and Wonder Woman has a magnificent oversized golden pair…bangles and bracelets have so many different variations it’s hard to know where to start.

The first bangles fashioned were probably the ‘Torc’ style – examples are known to date back thousands of years. Torque bangles all have a gap on one side that allows the bangle to be slipped directly on to the arm above the wrist. The benefit of this is that the bangle will usually be smaller than the wrist and can be worn comfortably without the possibility of it falling off. Ancient examples would have been produced without the need for complicated joining, soldering, hinges or linking. Torques are becoming increasingly popular, especially amongst men.  They can be easily adapted to fit any shaped wrist, and have enough surface to be engraved and personalised, or textured and decorated 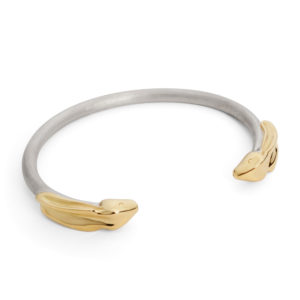 The other form of popular wrist-wear is the linked bracelet. These are on the other end of the technical intricacy scale to bangles. A bracelet is articulated to sit closer to the wrist and has a clasp (often hidden so that it doesn’t detract from the flow of the design) which enables it to be taken on and off. 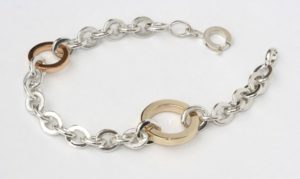 The hardest part of my training was learning and practicing the techniques involved in making linked gem-set bracelets. A high level of accuracy is needed in creating all the moving joints, and as well as securely holding gemstones, the piece needs to fit and flow with the body, so the angles of the piece when being worn all have to be taken in to account. Every human body is a different shape and moves in a different way from the next, so the making process is very much a bespoke one. 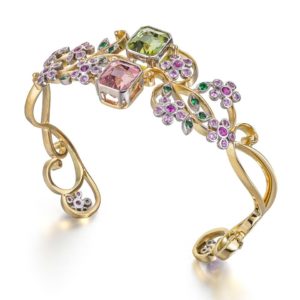 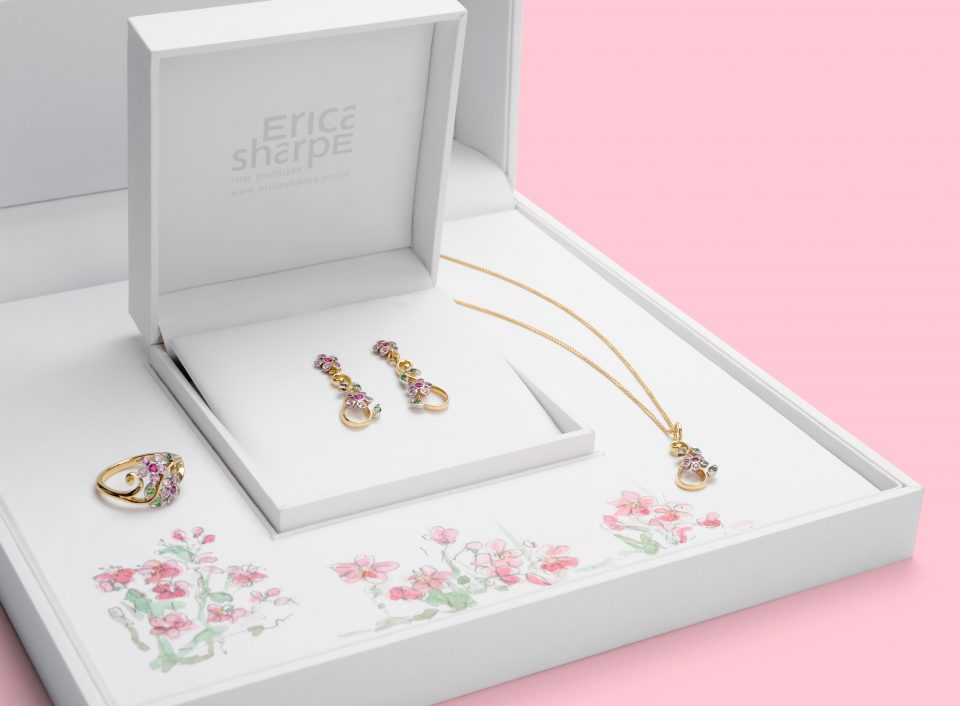 We can tailor a voucher for a commission or unique piece to take the guess-work out of a very personal gift.

Pioneering the field of ethical jewellery production, Erica was one of  the first jewellers in the world licensed to trade in Fairtrade gold.

Any cookies that may not be particularly necessary for the website to function and is used specifically to collect user personal data via analytics, ads, other embedded contents are termed as non-necessary cookies. It is mandatory to procure user consent prior to running these cookies on your website.